How to Prevent or Reduce a Scar

That’s what it can feel like anyway, to the individual bearing such a physical marker of trauma to the body. And on those warm, clothing-optional days of summer, or in the privacy of your bedroom, with a loved one or partner, that stings.

Some folks go to extreme lengths to conceal their scars with clothes and make-up. That’s sad, because a little scar prevention and scar treatment cream for developing and existing scars can reduce a scar or even prevent it completely.

In this article we’ll review how to care for a wound, to nip a scar before it develops. We’ll also articulate how to care for existing scars, and how a scar treatment system, like Dermefface FX7 Scar Reduction Therapy can fade a scar and the damage it does to your self-confidence.

Get a Scar Before it Develops

The single best thing you can do to prevent a scar is to get it early.

Scars form for a variety of reasons, including acne, chicken pox, surgery, an injury or child-birth via caesarian section. Depending on the origins of and severity of the trauma, a scar can take anywhere from several months to two years to develop.

Though surgery, serious injury and more severe trauma to the body tend to cause the most noticeable scarring, even a light scrape can become a scar if you don’t take basic precautions. For basic scar prevention, do the following:

Clean a Fresh Scrape or Cut – Run the wound under clean water. Remove pebbles or splinters with alcohol-sterilized tweezers. Carefully wash the wound with soap and a clean cloth. Avoid harsh soaps, hydrogen peroxide, alcohol and iodine for minor wounds, as these can delay the healing process.

Cover Up – Cover your scrape or wound to reduce bacteria, dirt and irritants. Keep the wound moist, preferably with an antibiotic cream or ointment. The last point is especially important, as it will reduce the appearance of your scar should it develop.

Don’t Pick the Scabs – After an injury, the body immediately starts the healing process, with white blood cells that attack bacteria and red blood cells, platelets and fibrin that form a clot over the wound. Pick at the scabbing that develops and not only do you risk re-opening the wound, you open the door for bacteria that can create a larger, more prominent scar.

Despite your best efforts, it’s not impossible that a scar will form regardless of the time and TLC you’ve put into scar prevention. That’s life – some folks are more prone to scarring than others.

A deep scar involves all three dermal tissues: the subcutaneous, dermis and epidermis, and can take up to two years to develop. In other words, if the wound is lingering, it’s time to shift to reduction mode.

First, be aware that scars tend to develop in areas of the body that are constantly being pulled and strained. The chest and shoulders are common areas for scarring to develop, and in that light, it’s a good idea to avoid heavy lifting or upper-body exercises as your wound continues to heal.

Second, consider a scar reduction system as the scar develops. This should reduce the severity of the scar and makes a less painful treatment than laser surgery, which is usually done after the scar is completely formed.

Scar Reduction Therapy With a Cream

A scar treatment cream is formulated with active natural ingredients, moisturizers and patented peptides to interact with the skin’s 28-day regeneration process. Specifically, it should:

Push Scarred Skin Cells to the Surface – A scar treatment cream gently nudges the skin healing process so that dead and damaged cells rise to the surface of the skin, where they’re sloughed away.

Studies show that niacinamide, beta glucans and some antioxidants, including tocopherols, can reduce hyperpigmentation and encourage natural, healthy turn-over of skin cells. Such natural ingredients moisturize, exfoliate, and ultimately, reduce and even prevent scarring.

If you want to prevent or reduce scarring without steroids or laser treatment, opt for Dermefface FX7 Scar Reduction Therapy by the Skinception line of skin-care products, which as clinical studies suggest, may reduce scarring in as little as four weeks.

How to Prevent or Reduce a Scar 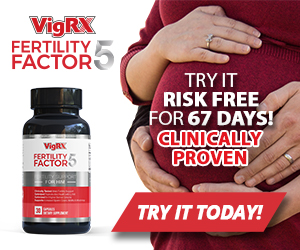